The Peruvian Ministry of Culture closed Machu Picchu on Saturday, in a direct result of the anti-government protests that have swamped the country following former President Pedro Castillo’s impeachment and imprisonment for trying to dissolve Congress, according to the Associated Press.

Over 400 visitors were stuck at the the UNESCO World Heritage site, and left unable to get out. More than 300 of them foreigners, tourism minister Luis Fernando Helguero said at a news conference.

On Saturday afternoon, Peru’s Tourism Ministry posted to Twitter that “This afternoon the 418 domestic and foreign visitors were transferred from the town of Machu Picchu to … Cusco,” according to the Guardian. The ministry said it had closed the site, as well as the Inca Trail leading up it, “to protect the safety of tourists and the population in general.” 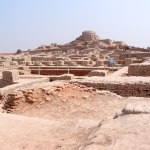 Castillo is currently being held on charges of rebellion, and protesters are calling for the resignation President Dina Boluarte, Helguero’s vice president, who was sworn into office on December 7. They are also demanding that Congress be dissolved and that new elections be held, according to the AP.

Saturday also saw police raid the National University of San Marcos in Lima, driving a small tank through a fence in order to evict protesters who were taking refuge at the university campus while participating in demonstrations. More than 100 people were detained during the assault.

According to TelSur, the university was “taken over by students on January 17 in solidarity with the people who have been protesting against the Government and the Congress of the Republic.”

Over the six weeks that the protests have taken place 60 have been killed, at least 580 injured and more than 500 arrested, according to the Guardian.

2023-01-24
Previous Post: 15 Things to Get for Your Brand-New Valentine This Year
Next Post: Kevin McCarthy Doesn’t Have Enough Fans Inside The House … Or Outside It