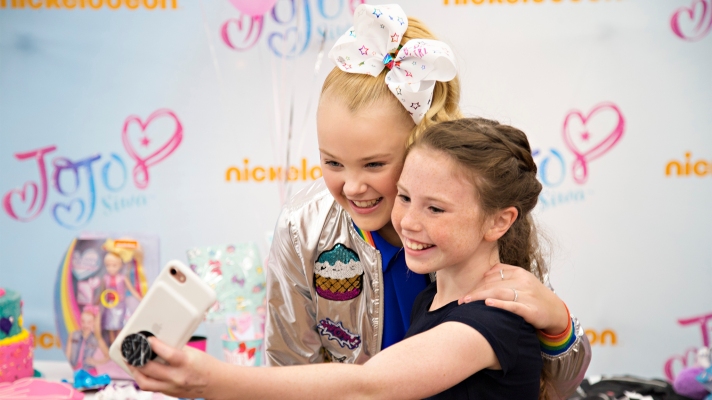 
“Kidfluencers” — children whose social media presence is followed and monetized — are a notable part of the growing business of social media. But this industry lacks protections for the children whose personalities and poses rake in an ever-growing amount of clicks and dollars.

Since their inception, social media sites have largely evaded regulation. Even as the platforms have evolved into major sources of income for certain users — with some creators making hundreds or thousands of dollars per post — the law has not caught up to ensure that performers or consumers have the kinds of protections afforded to those in entertainment or advertising. But most Americans do want stronger protections: A YouGov poll from December 2022 found that a majority of Americans thought that child labor laws should extend to kids who are social media influencers, while around two-thirds said that underage influencers are exploited by a parent or guardian at least “somewhat” often.

While influencer culture is commonly associated with TikTok and Instagram today, it predates either platform. Monetizing content through ad placement became an option on YouTube in 2008, and nowadays, there is much more money in the game. Video ads may be common for YouTube, but brand deals and sponsored content rule the game on TikTok, as creators incorporate product placement into their posts. The size of the payouts depend on how large a creator’s audience is, which can be immense: On Instagram, high-profile influencers with over a million followers can make $250,000 for a single post. The same can be said for online content featuring kids. What may have started out as family vlogs — sometimes referred to as “sharenting” — has evolved into a thriving economy of kid personalities. In fact, according to Forbes, two of the top 10 YouTube earners in 2021 were kid-forward accounts: Nastya, then a 7-year-old from Russia, made about $28 million through activity vlogs on YouTube, while 11-year-old American Ryan Kaji raked in roughly $27 million from his toy reviews and unboxing videos. And those figures only include money made directly through ads on the site, as brand deals (or even a toy line) can add millions more.

Part of what has allowed the influencer economy to go so unregulated is that social media, more broadly, has largely gone unregulated. Instagram, for example, evolved from a casual picture-sharing app to a sponsor-laden online shopping hub, and laws addressing these changes have been slow to materialize, with political pressure starting to move the needle just last year. Still, most efforts to monitor and regulate social media have focused on political misinformation.

The EPA is finally addressing 4 dangerous ‘forever chemicals’ — out of over 4,000

But protecting kidfluencers will take more than popular support, experts say. While polls like the one by YouGov show that the public is exhibiting a healthy amount of hesitation toward monetizing children’s online presences, the American legal system makes it hard to act on that concern, said Kimberly Rauscher, a professor of public and population health at Boise State University whose research focuses on professional working conditions in the U.S., especially those involving adolescents. Child labor laws can be complicated or convoluted, and legislation protecting child actors in the greater entertainment industry has been poorly enforced for years. These laws are also enacted at the state level, meaning there is a lack of consistency that doesn’t help with enforcement. For example, states like California and Alaska require work permits for underage workers, while Texas and Alabama don’t.

“Power and money are used to squash regulations for certain industries or to obtain carve outs,” Rauscher said. She also said that politically driven decisions over time have made notable exceptions to child labor laws within some industries, such as agriculture. Closing those loopholes is touchy because it would involve the government monitoring and regulating what can be perceived as family work under parental supervision. That same complication arises with kidfluencers, who are typically under the purview, if not the complete management, of their parents or legal guardian, and a heavier legislative hand could be seen as crossing a family boundary line.

But most of all, the nature of influencer culture itself makes it difficult to implement and enforce regulations. The most successful brand deals and sponsored content, for example, do not appear to be obvious advertisements — a form of stealth advertising. That’s the motivation behind one of the few actual social media regulations, enacted by the Federal Trade Commission — noting that a sponsored post is sponsored — although the disclosure can be buried in a caption or omitted without much punishment. Still, the success of stealth ads is probably why some of the most successful TikTok accounts toe a line of ambiguity — presenting brands and products in subtle ways. Because of this, it can be difficult for audiences to know when a child’s presence is being monetized and when the kid is appearing in a video just for fun.

At present, one of the few global precedents for regulating kidfluencers came out of France in 2020. This law set a limit on how many weekly hours children could work to make social media content, where their money went and how content could be taken down if kids featured in it made such a request.

But in the United States, there have been very few changes to child labor laws at all — let alone ones aimed at social media — since this new economy popped up, according to Rauscher. And the limited updates that have been made to child labor laws in this time — such as updating the minimum age for driving motor vehicles — don’t apply to the influencer ecosystem.

While the public is concerned about these kids’ well-being, politicians largely aren’t, Rauscher said. She thinks that’s partly because there is little research into how working as influencers affects children. “Without the necessary science demonstrating the harm, there is little that can be done on the policy side,” she said. Meanwhile, the tide of young influencers continues to grow. A Morning Consult study from 2019 found that 54 percent of 13-to-38-year-olds would, if given the opportunity, become an influencer.

2023-01-21
Previous Post: Art and Nature Coexist at Fondation Carmignac on Porquerolles Island – ARTnews.com
Next Post: Microsoft joined the layoff parade. Did it really have to? • TechCrunch