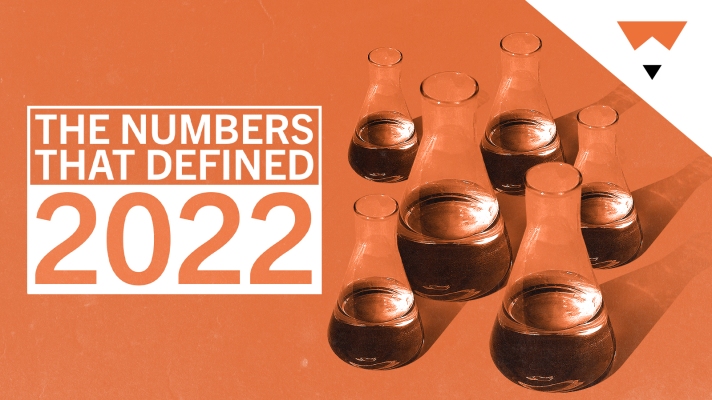 The EPA Is Finally Addressing 4 Dangerous ‘Forever Chemicals’ — Out Of Over 4,000

Maggie Koerth: I have two important numbers for you this year. Some good news. And some bad news.

First, there’s four … That’s the number of harmful per- and polyfluorinated chemicals, or PFAS, that the Environmental Protection Agency released new concentration guidelines for this year. This is the good news.

Then, there’s four thousand seven hundred … That’s roughly the number of different PFAS chemicals out there, globally. They’re present in thousands of products you buy and use. They’re even in your drinking water. And this entire category of chemicals, including the ones developed to be “safer” replacements, have increasingly been shown to be dangerous to human health.

PFAS are a problem that date back to your grandma’s day. They were invented during the Great Depression and have been used in non-stick coatings on products like pots and pans since the 1940s. Since then, they’ve become part of how we make waterproof and stain-resistant fabrics and carpets, fire-fighting foam, cleaning products, paint, food packaging and more.

But these “forever chemicals” don’t break down. They just build up in the environment. And in the early 2000s, scientists started finding these chemicals in soil and water … and, eventually, in human blood.

To put it mildly … this is not good. Just a few parts per trillion in drinking water have been linked to a wide variety of health issues, from thyroid and immune response problems, to high cholesterol, to testicular cancer. This summer, the National Academies of Sciences reported that almost 100 percent of Americans have been exposed.

Despite all of this … or maybe, behind all of this … is the fact that PFAS aren’t well regulated. The EPA didn’t even have guidelines for what an acceptable concentration of PFAS in drinking water might be until 2016. At that time, they said that 70 parts per trillion was an acceptable amount of PFAS to find in water supplies. Now they’ve dropped that by more than a thousandfold. Scientists aren’t sure they even have the tools to measure PFAS at that level.

The EPA is in the process of creating the first federally enforceable regulations around two PFAS chemicals. That’s likely to happen in 2023. And individual states are taking action too. By 2030, new products containing any PFAS at all will be illegal in the state of Maine.

And things are changing at the industry level too. 3M, the company that first developed and still is the exclusive manufacturer of some of these chemicals, has said they will stop making PFAS by 2025.

So the publication of unenforceable guidelines covering 4 out of 4000 plus chemicals is just the beginning. We’re at the start of a serious shift in how the public – and the government – think about PFAS.