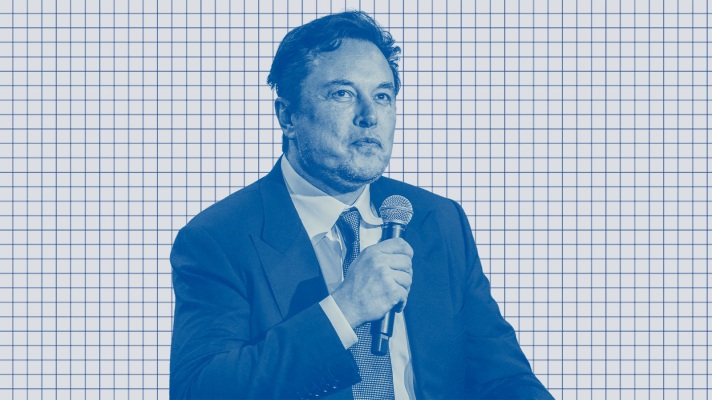 Twitter’s new owner, Elon Musk, might not have any credibility as a pollster in FiveThirtyEight’s rating system, but he’s a pollster nonetheless. Kinda.

Soon after he took control of Twitter in October, the once-richest person in the world implemented a new management style that allowed users to make key decisions via polls. Should former President Donald Trump be allowed to rejoin the platform after supposedly being permanently banned last year? A slim majority of users said yes, so — “Vox Populi, Vox Dei,” as Musk wrote — he was back. Should Musk bring back Vine, the short-form video app which shut down in 2016? Sure! Maybe! The people have spoken!

The stakes of the polls escalated quickly. On Sunday, Musk put his own job security on the line, vowing to abide by the results of his own, unscientific poll. “Should I step down as head of Twitter?” he asked users. By Monday, he had an answer: By a 15-point margin — 57.5 percent to 42.5 percent — respondents said he should resign from his post atop the social media giant. Musk said on Tuesday he plans to honor the poll’s results as soon as he finds “someone foolish enough” to succeed him. It’s unclear when that will happen, or how much power he will actually be relinquishing.

It’s too bad for Musk that he didn’t take a more scientific approach, though, because according to a number of professionally conducted polls, Americans still have a somewhat favorable opinion of him — although they do hold negative views of social media companies generally.

Let’s kick things off with Musk’s own question of whether he should quit. Though a majority of respondents in his own survey said “yes,” an overnight poll conducted by HarrisX in mid-December found that a whopping 61 percent of U.S. Twitter users and 53 percent of U.S. adults actually want Musk to stay at the helm. Meanwhile, another December poll, this one from Quinnipiac University, found that Americans were almost evenly split on their feelings toward how Musk runs the social media giant: 37 percent said they approved of the way he’s operating Twitter, 37 percent disapproved and 25 percent offered no opinion.

And poll after poll shows that Musk isn’t overwhelmingly unpopular with the American public, either. According to that same Quinnipiac survey, 36 percent of Americans said they viewed Musk positively versus 33 percent who viewed him negatively. (Another 26 percent said they hadn’t heard enough about him to make an opinion either way.) A YouGov/The Economist poll, fielded in November, found that 41 percent of U.S. adults had a “very” or “somewhat” favorable view of Musk compared with 37 percent who viewed him “somewhat” or “very” unfavorably. These findings come despite evidence showing that, generally, Americans hold negative opinions about social media companies. Quinnipiac, for example, found that 70 percent think that social media giants like Twitter and Facebook “do more harm than good,” while 18 percent disagreed. Another spring 2022 survey from the Pew Research Center, which polled citizens in 19 advanced economies about their views on social media, technology and their influence on society, found that 79 percent of U.S. respondents believed that access to social media and the internet has made people more divided in their political opinions.

The fact that Musk isn’t overwhelmingly disliked might come as a surprise to people who have been closely following Twitter’s fate. In a matter of months, he gutted the company’s staff, drove away major advertisers and suspended (then unsuspended) the accounts of several prominent journalists — among many other things. And it’s worth underscoring that not everyone is over the moon with Twitter’s newest CEO. Per Quinnipiac, among U.S. adults, Republicans (63 percent) and white men (51 percent) were the most likely to view Musk favorably. Democrats (9 percent), Black respondents (17 percent) and women (25 percent) were the demographic groups least likely to harbor positive opinions toward Musk.

And, to be sure, it does look like Musk’s overall favorability numbers have ticked down since purchasing Twitter. Back in April, YouGov found that closer to half of U.S. adults (49 percent) had a “very” or “somewhat” favorable opinion of Musk compared with 31 percent who viewed him “somewhat” or “very” unfavorably.

Unfortunately, most polls that ask respondents their opinions toward Musk don’t ask why people feel the way they do. Is his wealth impacting people’s views of him? Is his high name ID giving him an added advantage? Did his suspension of journalists (which a majority of respondents in a December CivicScience poll viewed negatively) depress his favorability ratings? Topline survey findings don’t give us a lot of clues. What we do know, however, is that people view Musk as an influential and successful businessman — and maybe someone who’s a bit quirky, too. And that might be why, despite his many flubs at Twitter, Americans don’t have overwhelmingly negative views of him.

For example, YouGov’s April survey asked respondents how influential they felt Musk was in the tech world and the overwhelming majority of respondents (80 percent) said he was “very” or “somewhat” influential. Another question on the same polls asked the same sample to select terms that they felt described Musk. The winners were: rich (60 percent), an entrepreneur (49 percent), an innovator (39 percent) and eccentric (37 percent). Meanwhile, a December YouGov survey found that 58 percent of U.S. adults believe that Musk is a “successful business person” versus 22 percent who said he wasn’t.

So have Twitter users actually seen the last of Musk, then? It doesn’t seem like he’s planning to bow out entirely — or even partially. After announcing that he would resign as CEO once he could find a sufficiently foolish successor, he said that his next steps would be to “just run the software & servers teams.” So the main change to Twitter — at least in the short-term — might be the way Musk conducts his polls (he seemed to agree with a user’s comment which suggested that, from now on, only Twitter blue subscribers should be allowed to vote in “policy related” polls). Or maybe Musk actually will step back and open the door for someone else — hello, Snoop Dogg and Dionne Warwick — to take over at Twitter in 2023. Your guess is as good as mine.