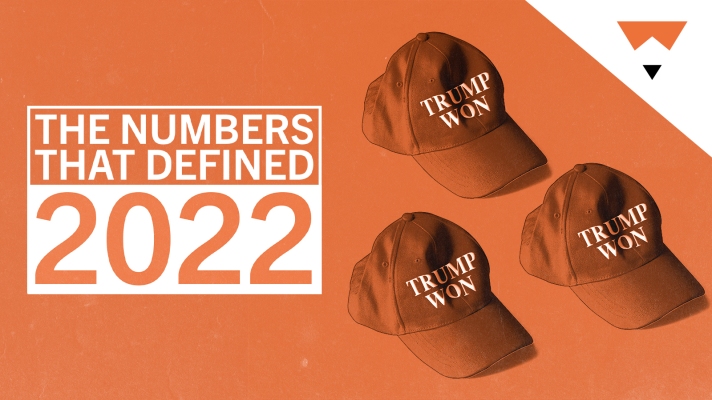 The Number Of Election-Denying Republicans Defined The 2022 Midterms

Kaleigh Rogers: To me, one of the most significant numbers of 2022 was 47. That’s the percentage of Republican candidates in the midterms for House, Senate, governor, secretary of state and attorney general who didn’t accept the legitimacy of the 2020 election. That meant that at least 60 percent of Americans had at least one election denier on their ballot in November.

There have been candidates from both parties who questioned election results in the past, but this was unprecedented. Having our politicians accept the results of democratic elections and concede when they lose is a critical component of democracy. If candidates don’t accept the results, many of their supporters won’t either, and when voters believe elections aren’t free and fair, other, non-democratic means of installing their preferred candidates into power start to look a lot more appealing.

However, while many of these candidates did win their elections, there were some signs that election denial wasn’t a winning strategy. Most of those who won were incumbent members of Congress, many of whom voted not to certify at least some of the results of the 2020 election but also didn’t make election denialism part of their campaign. Most of the prominent election-denying candidates were rejected by voters, including in states where Republicans won other statewide races. This was particularly true for positions where the candidate would have had meaningful control over elections, like secretary of state. Just one of the seven secretary of state candidates who fully denied the legitimacy of the 2020 election won their race.

Still, the number of Republican candidates willing to deny the legitimacy of the last election was the culmination of former President Donald Trump’s crusade to sow doubt about his loss, and for me it was a meaningful encapsulation of the political landscape in 2022.