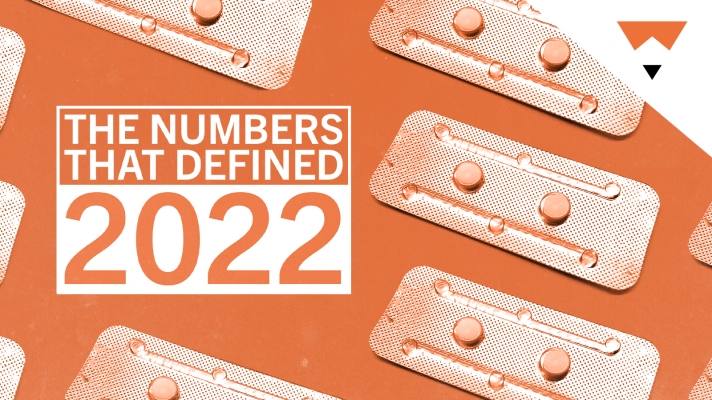 The Number That Captures The Impact Of The Dobbs Decision

Amelia Thomson-DeVeaux: One of the numbers that most defined 2022 is 10,000. That’s how many fewer legal abortions there were in just the first two months after Roe v. Wade was overturned.

That number comes from #WeCount, a research effort headed by the Society of Family Planning, which supports abortion rights. They found that in July and August, there were 22,000 fewer legal abortions, mostly driven by the 15 states where abortion was banned or severely limited. In some southern states, there was a 100 percent drop in the number of abortions.

In the states where abortion wasn’t banned, the number of legal abortions rose by 12,000. That suggests that a large number of women traveled across state lines to get an abortion in July and August. But according to the data, approximately 10,000 pregnant people didn’t make the trip. That makes sense because traveling out of state for an abortion is expensive and time-consuming, and women who get abortions are disproportionately likely to be low-income.

What happened to the women who didn’t travel? Well, some of them probably still got an abortion — just not at a clinic. One study found that a European telemedicine company that will ship abortion pills to places where abortion is illegal received thousands more requests in the wake of Dobbs. So at least some pregnant people in states where abortion is banned were taking matters into their own hands.

But it’s also very likely that some people simply stayed pregnant. We’ll have a better sense of how many women fall into this category when we get next year’s birth data. It’s possible that we’ll see tens of thousands of additional births in 2023 because of the new abortion bans.

Because remember, this is just the data from the first two months after the ruling. The #WeCount researchers estimated that if these trends hold, there could be at least 60,000 fewer abortions than there would have otherwise been in the twelve months after the Supreme Court ruling. If more states ban abortion in 2023, that number could be even higher.