The word BAD runs down the book’s spine—BAD BAD BAD BAD BAD—and the cover wears a one-star rating out of five. Is this what bad reviews look like? Only sometimes. The editors of Bad Reviews are hamming it up, having fun with the stereotype of the merciless aesthetic judge, like when critic Brian Droitcour (former associate editor at A.i.A.) started rating galleries on Yelp. The reality is, ideally, more nuanced—as even leafing through this book bears out. 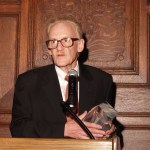 Bad Reviews contains facsimiles of more than 150 reviews selected by 150 artists, many very famous (Lawrence Weiner, Cindy Sherman, Marilyn Minter), who were solicited through a chain of invitations started by artist Aleksandra Mir. The prompt was to pick a “bad review” they had received, whatever “bad” might mean to them—poorly written, mean-spirited, misguided, wrong, negative, all of the above. There are examples of each from a full spectrum of outlets, from gallery roundups in the New York Times to a pan on the record-collecting website Discogs. The reviews compiled are often sophisticated responses to sometimes complex artwork—mostly offered in good faith. Writes Tim Griffin, the project’s co-editor and head of Artforum from 2003 to 2010: “A review can be bad in as many ways as the artworks it is critiquing.”

This is a review, too—not a bad one, not a good one. Like many reviews, this is an attempt to figure out what I really think, how I really feel. To be clear, I’m not objective. I am a critic, and (although Roberta Smith claims the crown at 10 mentions) I appear in Bad Reviews twice—for one online Critic’s Pick of a show I didn’t like and one back-of-book review of a show I did. The table of contents is organized by year, then by artist. If I’d been in charge, I’d have included the critics—in a smaller font, maybe—but Bad Reviews is less about the critics than the artists and the barbs they’ve carried in their thickening hides for up to half a century.

The idea for Bad Reviews originated in 2015, though you have to wonder if the germ wasn’t planted in 2006 when Waldemar Januszczak in London’s Sunday Times lumped Mir into “a generation of paint-happy know-nothings brought up on hamburgers and porn, a talentless bloom of post-pop trailer trash.” The earliest entry, from 1963, is one notable artist’s first mention in the New York Times: “Carolee Schneemann’s assemblages are unforgivable,” penned John Cannady. (Schneemann acidly, accurately calls him “the then famous critic” in a note accompanying her submission.) Some artists deliver their bad reviews like mic drops—art history has done the work of repudiating their skeptics. Ed Ruscha contributes a 1963 rejection letter from the Library of Congress, which declined to accept a copy of his breakthrough artist book Twentysix Gasoline Stations.

The best criticism can point out missteps or blind spots in an artist’s work—though, since these reviews are all volunteered by their subjects, there’s little of that here. The general feeling imparted is that the artists disagree with or are amused by their bad reviews, not that they’ve taken them to heart. If a review deploys the arch tone of old-guard critics and actually calls work “bad,” Bad Reviews holds it up for pillory—as when, in 2004, Los Angeles Times critic Christopher Knight wrote of the Danish artist group Superflex: “It’s just about as bad as art gets these days.”

The book’s design can be dismissive, bordering on disingenuous. The editors splash pull-quotes like “DON’T GO” and “INTOLERABLY VOYEURISTIC” across Arlene Croce’s lengthy, thoughtful, and damning review of Bill T. Jones in the New Yorker. The subject in question? A performance piece featuring terminally ill people, about which the writer wrestles with the pertinent moral question of how or whether to engage what she calls “victim art.”

Bad Reviews can’t be bought. Framed as an art project, its 400 copies were distributed only to institutions and participating artists. Mir says that this is to skirt copyright issues. I suspect it’s also a way to sidestep expectations that the book make some sort of call—a judgment—about the state of bad reviews. On this point, the editors’ written contributions are ambivalent. Mir thanks the lovers and the haters with equal verve. Griffin is even more equivocal, praising the bad review as a fading style of discourse, a direct “response” rather than a passive forward or retweet, but stopping short of pining for the age when some people were paid a living wage for their bald opinions.

If the editors use the phrase “bad review” with a wink, not all of the participants take the book’s premise lightly. As Mir writes, some artists (and their galleries, she speculates, fearing for their prices) declined to participate, perhaps because they would rather pretend their bad reviews never happened. Certainly, a few reviews I’ve written in the past haven’t made it onto the subject’s CV. Which is a shame. Even a negative or unflattering writeup usually comes from a general devotion to art and artists that compels writers of reviews.

Defining “quality” in terms of good or bad might be a useful way to evaluate clothing or wine or other commodities, but it is vanishingly useless for art. An artwork of “poor quality” can still be “good,” conceptually or emotionally or beautifully—just as a “bad” review can still be right. When it comes to art, certainty is rhetorical. Unresolved ambivalence is what I and many others find exciting about art. Likewise, this book achieves ambivalence around the idea of “bad reviews,” which makes it good art.

2023-01-01
Previous Post: Prince George’s Hidden Talent Will Have You Bowing Down
Next Post: 140 Million Americans Will Live In States Controlled By Democrats