The Angoulême International Comics Festival, the second largest of such events in Europe, has removed French illustrator Bastien Vivès as guest of honor amid fresh criticism that his work promotes incest, pedophilia, and child pornography. The festival is scheduled to run January 26–29.

The guest of honor typically produces and designs an exhibition of wholly original artwork that would debut at the festival and be on view until March 12; however, the announcement prompted international headlines, several detailed explainers, and an online petition garnering more than 110,000 signatures. 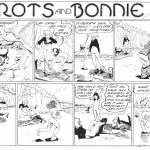 The work of Vivès has drawn critical acclaim and controversy in equal measure, in particular three of his books — Les Melons de la Colère (2011), Le Petit Paul (2018), and La Décharge Mentale (2018)— which portray sex scenes between several children and their siblings, parents, and an adult male friend of the family. One young farmer-boy who appears in two of these books receives extra sexual attention from his sister and older women for his “unusually large penis.”

Critics, including child protection agencies and feminists, say the 38-year-old’s graphic novels, though fictional, promote incest and child pornography through their repeated depictions of sex involving minors. The artist and his publishers defended the works by citing creative freedom in portraying “forbidden fantasies.”

The criticism has reignited scrutiny over how issues of consent and pedophilia are addressed by France’s public and community of artists. In 2021, it became illegal in France to publish anything presenting a minor in a pornographic way, adding to the criticism and allegations against Vivès.

On December 14, the Angoulême International Comics Festival released a press statement that said “new developments have radically changed the nature of this situation and have made it necessary for the Festival to cancel this exhibition,” citing threats of physical violence aimed toward the festival team, Vivès, and festival attendees as the reason. The statement also said that the festival was not aware of many of the comments made by Vivès, “which may seem to some people to be very shocking and/or inappropriate.”

After Vivès was removed from the comics festival, he posted a statement on Instagram condemning pedophilia, rape culture, and violence toward women. He also apologized for his comments toward the comics artist Emma.

2022-12-30
Previous Post: Teen Mom’s Farrah Abraham Shares How She Found Peace
Next Post: The U.S. Poverty Rate Hit A Record Low — But Don’t Expect It To Stay That Way