Adriano Pedrosa, one of the most celebrated curators working today, will organize the 2024 edition of the Venice Biennale in Italy. The appointment will make him the first Latin American to curate the world’s biggest art festival.

At the Museu de Arte de São Paulo, where he serves as artistic director, Pedrosa has demonstrated a knack for rewriting art history in surprising and refreshing ways. While many curators have that goal today, few have actually succeeded in doing so, and for that reason, Pedrosa’s shows, with their emphasis on queer, feminist, and decolonial perspectives, have acted as a guide to many. 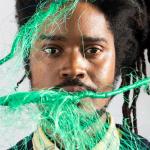 Roberto Cicutto, president of the Biennale, alluded to as much when he said in a statement that Pedrosa is “known for the competence and originality he has shown in conceiving his exhibitions with a vision open to the contemporary, working from an observation point of the world that cannot disregard the nature of its place of origin. Rather than restricting his vision, this has extended it to an indispensable debate so that now more than ever La Biennale might address contemporary art not to provide a catalogue of the existing, but to give form to the contradictions, dialogues and kinships without which art would remain an enclave devoid of vital sap.”

“The Biennale is certainly the most important platform for contemporary art in the world, and it is an exciting challenge and a responsibility to embark on this project,” Pedrosa said in a statement. “I look forward to bringing artists to Venice and realizing their projects, as well as to working with the Biennale’s great team.”

At MASP, Pedrosa initiated the “Histórias” series, an acclaimed group of exhibitions that have taken up under-recognized strands of art history, showing how artists have long engaged themes and ideas that have largely been kept out of the walls of mainstream institutions.

The most well known of those shows, “Histórias Afro-Atlânticas,” from 2018, explored the transatlantic slave trade, the perseverance of Black communities across the globe in spite of it, and the ways the African diaspora has shaped the world. With 450 works from several centuries, it was almost immediately hailed as a landmark exhibition, and it is now traveling the U.S. in a truncated form called “Afro-Atlantic Histories.”

Other “Histórias” shows at MASP have focused on dance and women. The current one surveys Brazilian art history with an eye toward figures who still await canonization. The painter Judith Lauand, who died this week at 100, is currently the subject of a MASP retrospective as part of that project. Forthcoming “Histórias” show will explore Indigenous and queer histories.

“We are always questioning who is telling and writing these histories around Brazil, often white histories, and how can we offer juxtapositions or contrasts that question these hierarchies,” Pedrosa told ARTnews in 2020.

Pedrosa is hardly a stranger to the biennial circuit, having previously organized editions of the Bienal de São Paulo, the Istanbul Biennial, and the Trienal de San Juan, as well as a portion of the 2012 Shanghai Biennale. Yet the importance of his appointment at the 2024 Venice Biennale cannot be understated.

For years, the Biennale was the province of white, male curators from Europe, who largely placed an emphasis on white, male, European artists. In the past couple decades, this has started to change, as women and people of color—like Okwui Enwezor, who became the first African-born curator to do the show with the 2015 edition—have shifted things.

The 2022 edition, organized by Cecilia Alemani, signaled a new direction for the Biennale, with a main show that featured an unprecedented amount of women and gender nonconforming artists. Just 10 percent of her show was given over to men.

Pedrosa is one of the few curators from the Global South to organize the Biennale. The appointment seems to suggest that the world’s most esteemed biennials are now making steps to account for curators from the region, with the German quinquennial Documenta having chosen the Indonesian collective ruangrupa for its 2022 edition. Their Documenta became mired in controversy over allegations of antisemitism and questions over how ready the European art world was for change.

The 2024 Venice Biennale won’t open until April of that year, but already, some countries have begun making announcements about who will do their pavilions, which are not connected to the main show and therefore not under Pedrosa’s purview. Edith Karlson will represent Estonia, Julien Creuzet will represent France, and Pakwui Hardware will represent Lithuania.