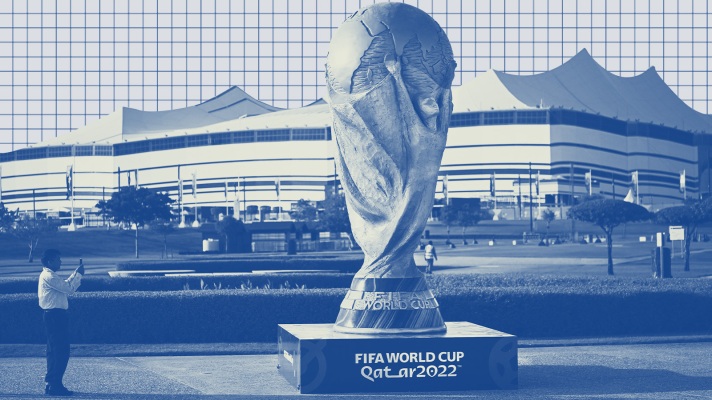 How Americans Feel About Qatar Hosting The World Cup

On Tuesday, the U.S. men’s national team defeated Iran 1-0 in a grueling soccer match to advance to the 2022 World Cup’s round of 16. Next up, the team will face the Netherlands on Saturday in a win-or-go-home game in which the U.S. will be the underdog — but not a total longshot.

Yet while the U.S. team’s on-field performance has surely pleased Americans, a substantial chunk of the country remains skeptical of the decision to hold the tournament in Qatar. The host country has drawn scrutiny for not only the allegedly corrupt manner in which it won hosting rights, but also for its human rights practices, including discrimination against women and LGBTQ people, and the mistreatment of migrant workers, who suffered from labor abuses such as wage theft, injury or death while building the gleaming infrastructure used for the World Cup. Still, such wariness has not notably dissuaded Americans from tuning in to watch the tournament.

Americans also seem favorably disposed toward addressing human rights concerns in Qatar. Another YouGov poll, conducted in August and September on behalf of Amnesty International, found 54 percent of Americans agreed that U.S. soccer officials should speak out on human rights issues associated with Qatar, while 56 percent supported FIFA using some of the money generated by the tournament to compensate migrant workers who have suffered while preparing the country for the event. Now, Americans were comparatively less supportive of both prompts than most of the other 14 countries polled, but the U.S. also had a larger share of people who weren’t sure.

However, controversy surrounding aspects of this World Cup hasn’t necessarily made Americans want the U.S. team to pull out of the tournament. The most recent poll from YouGov/The Economist found that 32 percent said the U.S. team should have boycotted the World Cup while 31 percent opposed the idea (37 percent weren’t sure), which means a notably smaller share favored this more aggressive action than the share that said it was wrong for Qatar to host.

And it turns out plenty of Americans have been watching. Headed into the tournament, polls from Morning Consult, Ipsos and YouGov/Amnesty International found that around a quarter of Americans were likely to watch at least some of the event. It’s true that the internationally focused Reuters and YouGov/Amnesty International surveys put the U.S. well toward the bottom of countries polled when it came to the population share who planned to follow the World Cup. Yet this isn’t that surprising, considering soccer usually ranks behind other team sports like (American) football, basketball, baseball and (sometimes) hockey in terms of Americans’ level of general interest, whereas soccer is the most popular sport in most other nations. Despite this, Americans are still tuning in: Nearly 20 million watched the U.S. team’s second group match — against England — which Fox Sports said was the most-watched men’s soccer game in U.S. history.

Even as this World Cup moves into the “knockout” stage, we can look ahead a bit to 2026, when the U.S. will co-host the next World Cup with Canada and Mexico. So we’ll be hearing plenty about international soccer in the coming months and years, no matter what happens against the Dutch.