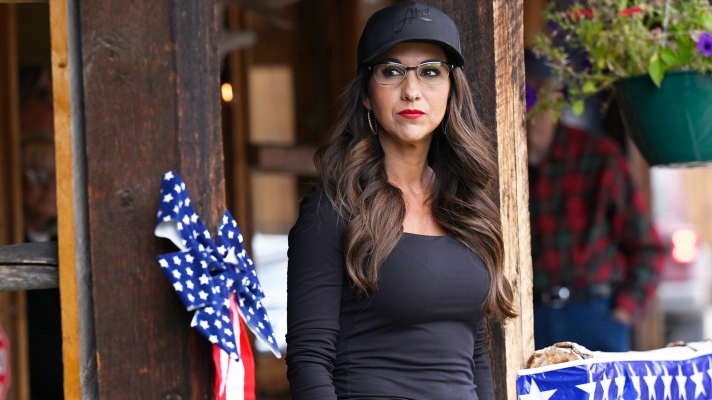 
UPDATE (Nov. 18, 2022, 4:21 p.m.): On Friday, Adam Frisch conceded the race in Colorado’s 3rd District to Rep. Lauren Boebert. Though she leads by just 0.16 percentage points — which means the race is set to go to an automatic recount — Frisch’s concession indicates that Boebert is likely to just hold on in this reliably red district.

At a local Republican assembly in Grand Junction, Colorado, last March, I watched Rep. Lauren Boebert receive not one, but two standing ovations: One for her unremarkable five-minute speech, the other just for showing up at all. It was a sympathetic audience, but still, among her base, it was clear she was beloved. That — combined with many indicators, including our own forecast, suggesting the Republican congresswoman would sail into a second term — was why I was shocked to see the race for her seat representing Colorado’s 3rd District turn into one of the closest elections of the midterms.

Colorado’s 3rd District is red and, thanks to redistricting, has gotten redder since the last time Boebert ran — it has a FiveThirtyEight partisan lean of R+19. As an incumbent Republican in a midterm cycle that looked like it would favor the GOP, Boebert was expected to easily win: Our forecast gave Boebert a 97-in-100 chance of winning. As of 5 p.m. Eastern on Wednesday, Boebert had a slim, 1,122-vote lead over Democrat and former Aspen City Council Member Adam Frisch. But even if she prevails, it’ll be a photo finish in a race that was absolutely not expected to be close. So what the heck happened? While Republicans overall performed poorer than expected this midterm cycle, certain things about this race made it particularly susceptible to a potential upset — and help explain why Boebert wasn’t popping Champagne on election night. (Boebert’s campaign did not respond to a request for comment.)

Part of the story here is the fact that Colorado as a whole was hit with a blue wave this election, which washed out even into Boebert’s red district. Not only did Democrats win big-ticket races for governor and Senate, they also won competitive House races in the 7th District and newly created 8th District and flipped seven seats in the state legislature, giving the state GOP the smallest minority it ever had. Republican state Rep. Colin Larson, who lost his seat, called it an “extinction-level event,” according to Colorado Public Radio: “This was the asteroid that ended the reign of the dinosaur, and in this case, the dinosaur was the Republican Party.”

Though the district overall is red, there are blue counties and pockets within it, and enthusiasm for Democratic candidates up and down the ballot may have helped buoy Frisch’s campaign. We saw this effect in other red districts in Colorado, too, like the 3rd: Incumbent Rep. Doug Lamborn, a Republican, won his race by 16 points, 4 points less than in 2020. In the 4th District, Rep. Ken Buck won his election by the same margin (24 points) as in 2020, but that was after redistricting made his district even redder.

But the blue wave clearly isn’t enough to explain such a razor-thin margin in Boebert’s race. She also had some weaknesses that were exploited by a surprisingly strong Democratic candidate. Like the rest of the state, a plurality of voters in the 3rd District — 40 percent — are unaffiliated, according to an analysis by the Colorado Independent Redistricting Commissions. Some of those voters still reliably vote for one party or the other, but a portion are swing voters or moderates who don’t find candidates too far down either end of the political spectrum appealing. After the 2020 election, we noted that Boebert’s district didn’t look like the districts where some of the other more hardline Republicans won: It’s less white, less evangelical Christian and less Republican. This may be why Boebert won with just 51 percent of the vote in 2020 (and why former President Donald Trump carried it by just 5.5 points). Even though the 3rd District has a solid Republican lean, it has been represented by a Democrat as recently as the early 2010s (Democrat John Salazar served 2005-2011), and the last two elections point to some fissures in the Republican stronghold.

Boebert’s modest win in 2020 is what inspired her challenger, Frisch, to run, he told FiveThirtyEight: “I started to think, ‘If 5 percent of the people had switched their vote in 2020, Boebert would have lost.’” He says he figured he would need to carve away closer to 10 percent of voters to have a shot, given the redistricting changes, but that was a margin he felt confident he could sway. “It was never supposed to be a kamikaze suicide mission,” Frisch said.

Throughout the campaign, Frisch billed himself as a moderate, “conservative businessman” who would get things done, in an effort to sway more centrist Republicans who were disenchanted with Boebert’s headline-grabbing stunts. Though Boebert has her fans, she is a polarizing figure, said Zack Roday, the campaign manager for Joe O’Dea, the Republican candidate for Senate in Colorado. “A lot of people like her, and a lot of people don’t,” Roday said. “There are a lot of strong opinions about her, and certainly she is seen as a Trump-like figure, and so obviously she’s connected to that brand, for better or for worse.” That includes critics within her party like state Sen. Don Coram, who challenged Boebert in the primary and ended up endorsing Frisch in the general election. Boebert also doesn’t have a strong track record from her first term in Congress. She sponsored a few dozen bills, most of which were stunts and none of which gained any traction.

The dollars around this race help fill in some of the blanks as well. Frisch and Boebert’s campaigns were pretty evenly funded, with her campaign raising $6.7 million to his $5.2 million, thanks in no small part to Frisch’s own pocketbook: As a millionaire former currency trader, he bankrolled his own campaign to the tune of $2.2 million. Where the funds diverged was in outside spending. In 2020, outside spending against both Boebert and her opponent was fairly even. But this year, over half a million dollars was spent to oppose Boebert, while none was spent opposing Frisch, according to data from OpenSecrets.

All of this points to one last potential factor: This race may have been overlooked, particularly by pollsters and Republicans who saw Boebert as a shoo-in. Aside from three partisan polls (two of which were sponsored by Frisch’s campaign), pollsters ignored this race. And despite Boebert being a diehard Trump loyalist, the former president never came out to Colorado to campaign for her as he did for candidates in other races, according to Kevin McCarney, the chair of the GOP in Mesa County, the second-most populous county in the 3rd District. “He really wasn’t vocal about Lauren at all. It could have been complacency, that they just thought she was going to win, but it’s a little disappointing,” McCarney said.

Frisch’s centrist platform and his ability to self fund prodigiously seem to have helped him exploit Boebert’s weaknesses in a district that has a not-inconsequential contingent of moderate voters who were turned off by the congresswoman’s extremism. Regardless of the result, this race has shown that the Colorado Western Slope can be competitive, given the right — or wrong — candidates, and neither party is likely to overlook it in 2024.