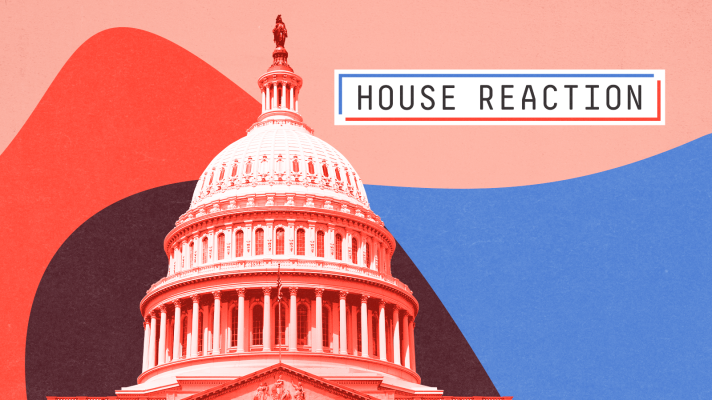 
As expected, Republicans have taken control of the U.S. House of Representatives, ending two years of Democratic rule in Washington, D.C. But what wasn’t expected was how narrow the Republicans’ majority would be.

Seven districts remain undecided: four where Democrats currently lead and three where Republicans do. If those leads all hold (which seems likely), Republicans will go into the 118th Congress with a 221-to-214 majority.

FiveThirtyEight’s final preelection Deluxe forecast expected that, on average, Republicans would win 230 House seats and Democrats would win 205. So Democrats did a bit better than we reckoned, although 221 seats for the GOP was still among the most likely outcomes. And interestingly, Democrats didn’t do that just by winning all the close races; they made some strikes deep into GOP territory. For example, Democrats won at least seven of the 13 districts rated as “toss-ups” by FiveThirtyEight’s final forecast, while Republicans won at least five.

But Democrats also won five of the 16 districts that our forecast rated as “likely Republican.” This includes Colorado’s 8th District, where Democratic state Rep. Yadira Caraveo won despite having only a 9-in-100 chance in our forecast.

Democrats even won one district that our forecast had rated as “solid Republican.” In Washington’s 3rd District, business owner Marie Gluesenkamp Perez had just a 2-in-100 chance of winning, according to our forecast. However, she defeated veteran Joe Kent 50 percent to 49 percent. This was likely because Kent was an extremely weak candidate: He has a history of working and associating with white nationalists and defeated a more moderate Republican in the primary.

So how should we assess the House results for Republicans? On the one hand, Republicans took control of the chamber and ended Democrats’ ability to pass legislation without GOP approval. That’s a big deal! On the other hand, though, Republicans have to be pretty disappointed with their showing. They will likely gain around eight seats, which is relatively low by historical standards. Since the end of World War II, the president’s party has lost an average of 26 House seats in midterm elections. Of course, Republicans had an unexpectedly good 2020 election in the House, so they were starting from a higher baseline (you can’t flip a seat that you already control). But even their raw seat total is underwhelming by the standards of recent midterms. Republicans controlled 242 seats after the 2010 midterms and 247 after 2014; Democrats held 233 after the 2006 midterms and 235 after 2018.

More importantly, it will likely be a difficult feat for House GOP leader Kevin McCarthy to muster up 218 votes to pass anything — or even be elected speaker. While a GOP House would mostly be playing defense (killing Democratic bills, conducting investigations into the Biden administration) rather than offense (passing its own bills), it would still need to pass bipartisan legislation like the budget. And conservative hardliners made it difficult for Republicans to govern even when they had wider majorities in 2015-2016 and 2017-2018. So we could be in for a chaotic two years in the south wing of the Capitol and look back at the 2022 elections as a Republican victory in name only.