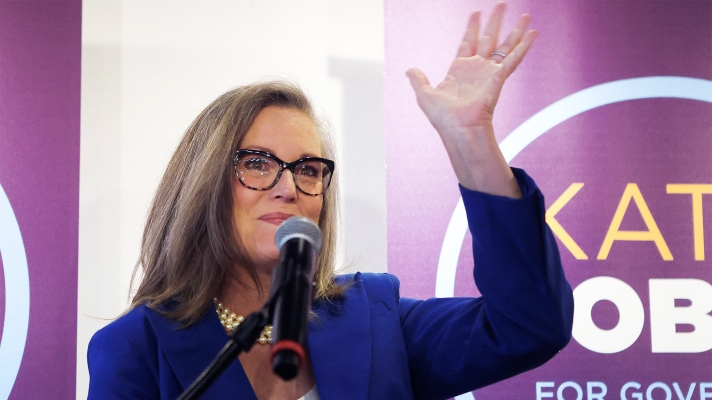 A Historic Number Of Women Will Be Governors Next Year


After two record-shattering elections for women in Congress, it was female governors’ turn this year. Nearly 25 percent of the nation’s governors will be women in 2023, including in several states that have never before elected a woman to their top office. It’s a significant milestone, given that governors’ seats have been especially difficult for women to win but are some of the most important and prestigious offices in American politics — particularly for politicians with their eye on the presidency.

Women running for Congress also defied the odds. There will be at least 145 women in Congress this year, and up to 149 after all the votes are counted. Anything north of 147 would mean there are more congresswomen next term than there were in this one.

That number is especially impressive considering that the parties nominated fewer women than in 2020, and that many female incumbents looked like they could lose their races. Several women unexpectedly flipped seats, which helped make up for the handful of female incumbents who lost and won’t be returning to Congress next year.

In January 2023, 12 women will be in governor’s mansions. That might not seem like a lot — but it’s a big record. Up until now, there have been only 45 women governors total, and at most, only nine have served simultaneously.

For years, women’s representation in governor’s mansions has lagged behind other branches of government. Currently, women are only 18 percent of governors nationwide, while they hold just under 30 percent of seats in Congress and just over 30 percent of seats in state legislatures. It’s especially difficult for would-be governors to set themselves up for the role because there simply aren’t as many spots to fill — there are only 50 governors, which creates a limited number of opportunities to run. But historically, women have also been more likely to face barriers when running for executive-level offices like governor or president. Political science studies have found that voters are less comfortable electing women to serve as solo decision-makers, rather than a group of lawmakers.

That may be changing. A recent study found that Democratic voters, in particular, are less likely to be resistant to the idea of a woman president than they were in the past. And the overall uptick in women who have successfully run for office over the past few election cycles may be normalizing the idea of women serving in all kinds of elected leadership, and creating a stronger pipeline of women to run for prestigious offices like governor. In that sense, this year’s election result could be seen as the natural result of the wave of women who were elected to lower-level offices like state legislature in 2018 and 2020, creating more experienced candidates to run for higher offices and getting voters used to the idea that women can win, even in competitive races.

Of course, there are limitations to this year’s progress. Nearly all of the women who were elected governor this year are white, with the sole exception of New Mexico Gov. Michelle Lujan Grisham, who was elected to a second term. And more Democrats than Republicans won: There will be at least eight female Democratic governors, and four Republican women governors. But overall, this year’s governor’s results are a significant milestone for women candidates and could even set up some women for a presidential bid in 2024.

The previous midterm election, in 2018, was known as a “blue wave,” and Democratic women played a large part in making that happen. In the 116th session of Congress, which followed that election, they held a historic number of congressional seats (105, up from the previous high of 81 in the 115th Congress) and were also responsible for more than 60 percent of the seats their party flipped. In the current session of Congress, the 117th, 107 Democratic women are serving, while the GOP had its own “Year of the Woman” in the 2020 election and now has 40 Republican women serving, up from their previous high of 30 in the 109th Congress. With those gains, women now make up 27 percent of Congress. That’s about what the percentage will be when the new Congress starts in January, too, if not a little higher after all the races are called.

This cycle, women candidates were not set up for another banner year. Democrats and Republicans nominated fewer women to Congress than in 2020, and a number of female incumbents were vulnerable. Democratic women who flipped their seats in 2018 were especially likely to be facing strong challengers this year —  for instance, Reps. Elaine Luria in Virginia’s 2nd District, Cindy Axne in Iowa’s 3rd District and Susan Wild in Pennsylvania’s 7th District.

Despite this year’s hurdles, women incumbents did surprisingly well. Not all of them won — for instance, Luria and Axne both lost — but Wild defeated her challenger, and other women in toss-ups prevailed, like Democrat Hillary Scholten in Michigan’s 3rd District. Meanwhile, some women flipped long-shot seats: Take Democrat Marie Gluesenkamp Perez, who won the race for Washington’s 3rd District despite having only a 2-in-100 chance of winning in our final Deluxe forecast.

As a result, there could be as many as two more women in the next Congress than in the current Congress — although that depends on what happens in the remaining uncalled races. Regardless of the outcome in those races, though, the number of women of color in Congress will also increase from 49 to at least 55, thanks in part to victories from women of color like Democrat Yadira Caraveo in Colorado’s 8th District, Republican Lori Chavez-DeRemer in Oregon’s 5th District and Democrat Emilia Sykes in Ohio’s 13th District. And as was previously the case, most women in Congress will be Democrats.

Some vulnerable female candidates — like Luria — were running against other women, so those losses didn’t result in a decline in women’s representation. According to the Center for American Women and Politics, there were 42 congressional races with two female major-party nominees. That’s not a record — in 2020, according to CAWP, there were 51 congressional races with only female major-party nominees — but it’s much higher than in previous cycles, suggesting that women running against each other could get more common, which would help buffer women in Congress from sharp declines in the future.

At this point, it’s not clear whether this year’s results are a sign that women in Congress will face slower progress going forward. Kelly Dittmar, an associate professor of political science at Rutgers University-Camden and the director of research at the Center for American Women and Politics, told us before the election that it’s probably not reasonable to expect dramatic increases for women’s representation every two years. Women’s ability to gain new seats depends, in part, on whether male incumbents choose to retire, leaving their seats open. And as more women win competitive districts, they have a greater likelihood of losing their seats. But Dittmar said it’s also possible that both parties stopped working as hard to nominate and elevate women after two consecutive cycles where women made significant gains, thinking that the parties’ work is done. That may have contributed to the dip in female nominees this cycle, which meant that women candidates had to overperform to make gains in Congress. So women’s success in future elections may partially depend on whether the parties refocus on helping women run and win.

Overall, women are still very far from gender parity in Congress or statewide office. But the fact that this year, despite its many headwinds, didn’t result in a wipeout for female candidates is significant. There’s substantial research showing that while women from different parties may not see eye to eye about policy priorities — or even what it means to be a woman in government — women do tend to prioritize issues related to women and families after they are elected. That could mean a greater voice for women generally — although probably not more bipartisan consensus.

2022-11-28
Previous Post: 25 Famed Artworks That Have Been Vandalized, from Mona Lisa to Van Gogh – ARTnews.com
Next Post: SWVL reduces its headcount by 50% six months after axing 400+ staff • TechCrunch