Declared a failed city by the Atlantic this past June only to be praised in the New York Times’ travel section and named one of the world’s greatest places by Time Magazine the following month, San Francisco has long been the subject of debate, particularly by those outside of the Bay Area. In late August, this debate turned art-specific when the Times ran an article characterizing the local art community as “overshadowed by the vibrant scene in Los Angeles” following the closure of Gagosian’s outpost in San Francisco and Pace’s Palo Alto location.

It’s not unusual for Times pieces to inspire fierce pushback, but in this case, many in the Bay Area saw obvious problems with its focus on the art market, specifically its emphasis on the departure of two New York–based blue-chip galleries, as the one defining indicator of the art community’s wellbeing. 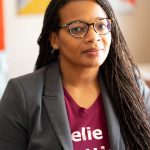 “San Francisco is more than just mega-galleries coming in and surviving,” said Trish Bransten, director of Rena Bransten Gallery. “A flyover gallery is not meaningful here, so the fact that they left is not a reasonable metric for the viability of the Bay Area art scene.”

Founded in 1974 by her mother, San Francisco’s Rena Bransten Gallery represents locally renowned artists such as Lava Thomas, Lewis Watts, and Sydney Cain, as well as internationally celebrated ones like Dawoud Bey, Hung Liu, and Fred Wilson, the latter of whom is co-represented by Pace.

“Being a contributor to the art scene here means taking part in building the community,” Bransten continued. “I don’t believe Pace or Gagosian ever had an intention to add to the local art scene or culture in a significant way.”

In an email, a Pace spokesperson described the synergy between the gallery’s work with experiential artists and the Bay Area’s reputation for experimentation as a motivator for opening their Palo Alto space in 2016. But the representative admitted that the gallery did not exhibit any Bay Area artists during its six-year tenure in Palo Alto, citing instead its focus on introducing their roster of artists to the area.

Gagosian did not respond to interview requests by the time of publication.

In putting these two galleries at the center of the San Francisco scene, the Times seemed to largely ignore the Bay Area’s rich set of institutions, from SOMArts Cultural Center and Museum of the African Diaspora to Southern Exposure and Root Division, not to mention the Lab and Counterpulse, as well as many more. It’s not Pace or Gagosian that define art in the Bay Area, but the local spaces fostering experimentation and emerging voices.

The UC Berkeley Art Museum and Pacific Film Archive (BAMPFA) has historically been at the forefront, not only of the Bay Area scene, but of the U.S. art scene as a whole. Cecilia Vicuña had her U.S. museum debut there in 1992, 30 years before she had her first institutional show in New York, at the Guggenheim this past summer. Arthur Jafa’s 2018 video The White Album, which won him at the Venice Biennale’s Golden Lion award, was commissioned and debuted by BAMPFA.

“There’s a lot going on here that’s somewhat reluctantly in the quiet corners of the whole Bay Area,” said BAMPFA director Julie Rodrigues Widholm. “There’s perhaps a modesty to all of the great things happening here that’s shared through relationship building and word of mouth.”

“The Times article missed what makes the Bay Area special, which is the variety of arts organizations, the diversity of artists that are represented in them, and the artists who are working and teaching and living here,” Alexander said. “You do have to be here to understand, know, and appreciate what everybody is doing.”

Alexander cited the Chinese Culture Center of San Francisco and the Asian Art Museum, longstanding community pillars, for their work in documenting and preserving Asian American histories, as well as the dealer Micki Meng, who runs the gallery Friends Indeed.

“A lot of artists I know have interdisciplinary practices that border on social practice, sculpture, dance, and filmmaking,” they said. “For new institutions and more commercially minded critics looking at the Bay Area, there’s perhaps less of an understanding of the actual depth of the ecosystem because this work can be less legible or commodifiable.”

Like the rest of the art world, the Bay Area is not without its challenges. It is not exempt from toxic museum work culture, wealth hording via tax breaks from art philanthropy, and rising costs of living. Bransten said, “I don’t know how to stem the tide of income inequality and the lack of affordable housing. I don’t know how to deal with the San Francisco Art Institute closing or Mills College merging with Northeastern University. These were enormous players in our community and they put enormous artists out into the world.”

ọlágbajú, who received their M.F.A. from Mills in 2020 before teaching at the college as an adjunct professor, relocated from Oakland to Los Angeles earlier this year. Although the move was prompted by their partner, photographer and filmmaker Jacob Cruz-Rine, getting accepted into a graduate program at CalArts, it was a welcome change.

“I love the Bay Area, but I already couldn’t really afford a studio on top of my rent,” ọlágbajú said. “There are really intelligent, beautiful, and thoughtful artists in the Bay. The more we can support them in life-sustaining ways, the healthier the arts ecosystem will be. It’s the conditions around the artists, not artists ourselves, that we need to change.”

Minnesota Street Project (MSP), where Rena Bransten Gallery is located, has been one source of respite. Founded by art patrons Deborah Rappaport and venture capitalist Andy Rappaport, MSP seeks to support San Francisco’s contemporary art community by offering economically sustainable commercial spaces. When it first opened in 2016, there was a line around the block.

“Minnesota Street Project was our emergency response to seeing the real estate market in San Francisco go through the roof,” Deborah Rappaport said. “Artists, galleries, and nonprofits are still as creative and as vibrant as they have ever been. They just needed a place to do it.”

MSP welcomes around 1,000 visitors on weekends, and is home to 35 artist studios, 13 permanent galleries (plus one revolving space and another permanent gallery joining in 2023), and 4 nonprofit organizations. When MSP hosted the 2022 edition of the annual San Francisco Art Book Fair, the event’s first since the start of the pandemic, 14,000 people were in attendance.

The Rappaports were the first and largest donor to support the Institute of Contemporary Art San Francisco (ICA SF), which opened its doors on October 1 with an inaugural exhibition by Jeffrey Gibson. Conceived, funded, and built within the span of 15 months, ICA SF is a testament to Silicon Valley’s engagement with the local art scene.

“There are powerful leaders in tech who are committed to making their region better in all kinds of ways, including through contemporary art. Those who care a lot about the arts have really stepped up,” said ICA SF founding director Alison Gass.

Older Bay Area institutions have been making strides to expand their contemporary art collection and programming. The Fine Arts Museums of San Francisco (FAMSF), led by inaugural curator-in-charge of contemporary art and programming Claudia Schmuckli, has staged interventions by Sarah Lucas and Wangechi Mutu at the Legion of Honor. Hung Liu’s installation at the de Young Museum’s Wilsey Court—curated by Schmuckli and on view through January 8, 2023—opened just days before the artist’s death. This past September, FAMSF announced the creation of a new contemporary African art program, led by curator Natasha Becker, that will launch in December at the de Young with an exhibition by South African artist Lhola Amira.

While the de Young has hosted versions of world-acclaimed traveling shows like an Alice Neel retrospective and “Soul of a Nation: Art in the Age of Black Power 1963–1983,” it earned its place in San Francisco by supporting local contemporary artists.

In 2020, the museum hosted “The de Young Open,” a juried community art exhibition of submissions by artists who live in the nine Bay Area counties. From more than 11,000 responses to the open-call by over 6,000 artists, a curatorial jury that included Liu, Enrique Chagoya, and Mildred Howard selected 877 artworks by 762 artists to feature. The success of the exhibition, in which 100 percent of proceeds were retained by the artist and from which the de Young acquired a few works, prompted the museum to commit to future iterations, making it a triennial.

ọlágbajú, who was commissioned by the Svane Family Foundation in 2021 to create a work in support of the nonprofit ArtSpan, said, “The Bay Area has always felt like an incubator for me, a space to discover who I am as an artist and my conceptual foundations. It’s a place where people become more fully formed and establish the relationships that will change their art practice for life. This is no small success. It’s a commendable vocation.”

Artists are often thought not to have “made it” until they show in cities like Los Angeles or New York. But looking at the Bay Area, it becomes clear that art ecosystems like San Francisco’s help feed these art capitals.

Take the case of Othello. In 2018, his sculptures appeared in the Bay Area Now triennial at Yerba Buena Center of the Arts, and he had his first show with Jessica Silverman, his San Francisco gallery. Four years on, he is now co-represented by New York’s Karma and his work appeared in the latest iteration of the Whitney Biennial.

“If it weren’t for places like San Francisco and the galleries and museums we have here, the mega-galleries wouldn’t be in business because they wouldn’t have the exposure to artists who are ready for that level of representation,” Rappaport said. “All these places exist in a way that supports one another,” she continued. “It’s not ‘San Francisco isn’t as good as L.A.’ It’s that San Francisco does San Francisco really well, and because of that, L.A. gets to do L.A. really well. The goal isn’t to have a monoculture. The goal is to open as many venues of exploration and discovery as possible.”