British power player White Cube is finally set to launch its first U.S. gallery in New York in the fall of next year, and with that opening fast approaching, it’s named the person who will lead that space.

Courtney Willis Blair, a former partner at New York’s Mitchell-Innes & Nash gallery, has been appointed the senior director of White Cube’s space in the city. Starting in January, she will oversee the gallery’s strategy in the U.S. and its programming in New York.

White Cube, which is celebrating its 30th anniversary next year, gained its reputation for showing Young British Artists, offering Tracey Emin, Damien Hirst, and others some of their first major exposure. In recent years, its reach has grown to include a range of closely watched young artists, from Michael Armitage to Ilana Savdie. 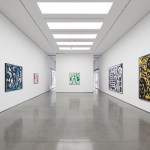 In an interview, Willis Blair said she was looking forward to bringing the gallery’s legacy to the U.S. and continuing White Cube’s reputation of supporting artists from the starts of their careers onward.

“White Cube has always stood a very particular ground, in terms of working with artists from the beginning,” she told ARTnews. Referring to White Cube founder Jay Jopling, she continued, “Jay, of course, is intimately tied to the YBA artists, and that felt really important, that it wasn’t a matter of going with the tide but instead really being a part of the development and longevity that these artists have been able to attain.”

At Mitchell-Innes & Nash, Willis Blair earned a reputation in New York for working with a spread of boundary-pushing artists, among them performance art pioneer Pope.L, painter Gideon Appah, and video artist Jacolby Satterwhite. Those last two had been lured to the roster by Willis Blair herself.

In 2020, when Willis Blair was named a partner at Mitchell-Innes & Nash after having been a director for several years, she became one of the few Black dealers to hold that title at a white-owned U.S. gallery. She also served as senior director there.

A less frequently discussed, though equally important, part of Willis Blair’s career has been Entre Nous, an organization she founded in 2016 that regularly convenes Black women dealers. Among those known to have taken part are Ebony L. Haynes, Kyla McMillan, Joeonna Bellorado-Samuels, and Nicola Vassell, all of whom now rank among New York’s top dealers.

Willis Blair said she would continue to be involved in Entre Nous, even with her new position.

White Cube, which also maintains spaces in Hong Kong, Paris, and West Palm Beach, Florida, is opening during a moment that Willis Blair described as an uncertain one for the art market. Yet she seemed confident in her latest move.

“It’s a time where there’s a lot of questions about what does the future hold in terms of inflation, supply chain demand,” she said. “The health of the business is allowing for White Cube to do this at this time that will be incredibly critical.”

2022-11-11
Previous Post: Why Democrats Shouldn’t Take The Asian American Vote For Granted
Next Post: Have you tried turning it off and on again, Elon? • TechCrunch